The world has accepted that the French word “terroir” be the determining factor when it comes to creating the added value of a wine and of a wine producing region. But terroir is also defined by 4 characteristics: climate, soils, grapes and the interference of man.

The climate and soils of Ribeiro have given styles of wine that are unique with an array of varieties that support the idea of a vinicultural land full of tradition and ancestral qualities.

The vineyards where the grapes are grown to produce Ailalá are located in the Valley of the River Avia, in plots from San Cristóbal, near Ribadavia, to upriver until Gomariz.

The Ribeiro is located in a transitory zone of Galicia with the Mediterranean characteristics soften by the influence of the Atlantic produced by being in relative proximity to the ocean.

This distance should create more of an Atlantic environment, but the orography of mountain ranges that delimits to the west and to the north, generate a protection barrier, creating vineyard management where alcoholic maturation is developed alongside phenolic maturation, maintaining balanced freshness given by the natural acidity and where tartaric acid dominates over malic acid.

The slightly continental climate, in conjunction with the dominant currents of air, make the difference in temperature between day and night very important. This concept favours a slow ripening process respecting the aromatic component and the natural freshness.

In Ribeiro there are 3 valleys created by the 3 main rivers: Miño, Avia and Arnoia. A natural environment made up of slopes, banks and terraces, excellent for the production of quality wines based on viticulture. All of this, favoured by a very peculiar microclimate, ventilated and with good sun exposure for correct ripeness of the autochthonous varieties.

The maritime influence that comes in up through the bowl of the River Miño, creates bands of climatic transition on the slopes generating a more Atlantic character as it gains altitude, something that limits the vines to approximately 450m above sea level for the varieties grown in the region.

The Ribeiro is a zone of intense vine growing since long ago. From the recuperation of agriculture by the Benedictine Monks towards the end of the first Millennium until today, the characteristics of the soils used for growing grapes differ quite a lot from natural soils, mainly because man has been cultivating them for many generations.

The soils of Ribeiro are characterised by being categorised into 3 large groups. The majority are developed on granitic materials, with loamy-sandy textures and in a lesser extent, sandy-loamy. We also find soils of metamorphic schist materials, and those developed from sedimentary materials with more loamy textures.

Characteristic of the Ribeiro is the “sábrego“, decomposed granite, very abundant in the area. The soils used for growing grapes have an effective average depth that ranges between 70 and 100 cm. Its high sand content, especially on the surface horizon, contrasts with its low clay content, below 20%. They are normally acidic reaction soils, poor in organic matter and with a calcium content that tends to be low.

Most part of the cultivation of soils is on terraces to lower the steepness and to facilitate manual labour making most of the slopes and the sunlight. A characteristic that marks the territory of the Ribeiro is the smallholding, the complex orography and the use of traditional techniques in the vineyard.

Of the factors that characterise the success of a great wine: the terroir; one is determining: man. The relationship between climate, soils, variety of grapes of truly complex; when it reaches a perfect balance (impossible to value beforehand) is when man intervenes and with their decisions, can create wines that are unlike any other.

To create the Ailalá we have a team in which each person brings their own point of view, a small detail that makes the wine what it is: 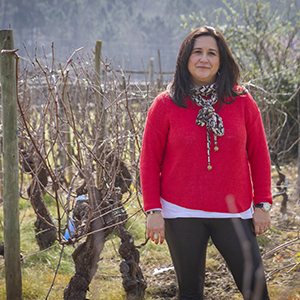 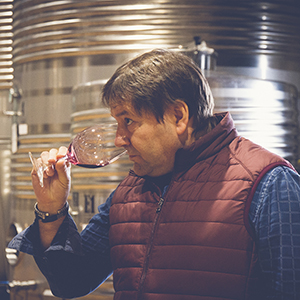 All viticultural regions have specific climates and soils, but not all have the privilege of having its own adapted variety to these after hundreds or thousands of years of co-existing and even less, have more than 50, like in the case of Galicia.

Ailalá came out into the market in 2011 after beginning to explore international markets with Ribeiro wines. Learning from that first export experience, that the message to be transmitted to the wine market had to be simplified and that one of the greatest strengths of Galician wines were the autochthonous varieties, adapted in an extraordinary way for centuries to the soils and microclimate of each area and with it, a strong attachment to the concept of “terroir”.

That is why Ailalá has always been single variety, first claiming the reign of the Treixadura and since 2014 also in its red version, with Sousón as the protagonist.

It is the noble grape of excellence in the Ribeiro.

The first historical reference of this grape dates back to the 18th Century, although its great variability suggests that it was used even before. Its origin shows in the fact that it is capable of expressing its qualities on dry, sunny banks; this variety is, without a doubt, a result of the sort after quality.

Treixadura finds in the Ribeiro its ideal habitat given that it is a late shooting and late ripening grape, very sensitive to altitude where it wouldn’t ripen properly at all. The bunches of grapes are small-medium, they are formed by round berries tightly grown. When ripe, the grapes take on beautiful golden tones with violet highlights.

The skin is thick and relatively hard – reason for its name – something that contributes to saving against the grey rot that happens in the grapes (Botrytis Cinerea). As a grape that produces wines of great quality, they are sufficiently alcoholic (between 12 and 13,5º), with notable acidity, making us believe that it is robust on the outside, but surprisingly generating subtle and delicate aromas of elegant and complex flowers and fruits when we get into it.

This harmonious balance between the robust structure and the delicate expression, justify its position as the middle rock that holds up any varietal combination that comes out of Ribeiro and also allows to make long-lasting wines.

This grape variety is on trend in Galicia and Northern Portugal, being to date the most cultivated in Gomariz with huge polyphenol potential. It’s usually found as a base in various different proportions for creating interesting, different and peculiar wines.

Agriculturally, this plant is slow growing and resistant to drought allowing it to adapt well to lose soils. The fertility rate is average and it has a low production of around 8 to 11 Tonnes per Hectare. It’s new shoots appear later than most and the ripening cycle is long meaning that it is well-suited to zones that are known for late ripening. It is sensitive to Mildew and Botrytis but more resistant to Oidium.

Higher or lower ripening levels are needed depending on the style of wine wanting to be produced and to avoid herbaceous notes in the long maceration period this grape is good for.

The wines can reach alcoholic levels of between 12,5 to 14º, conserving the total acidity of around 6-8 g/L expressed in tartaric acid. But, its most representative characteristic is its high concentrated level of polyphenols that give excellent structure and intense colour to the wine. From an aromatic point of view, there is a lot of dark fruit like blackberry and cassis berries – all moderate intensity.

The wines evolve very well over time and are excellent for ageing in wood.